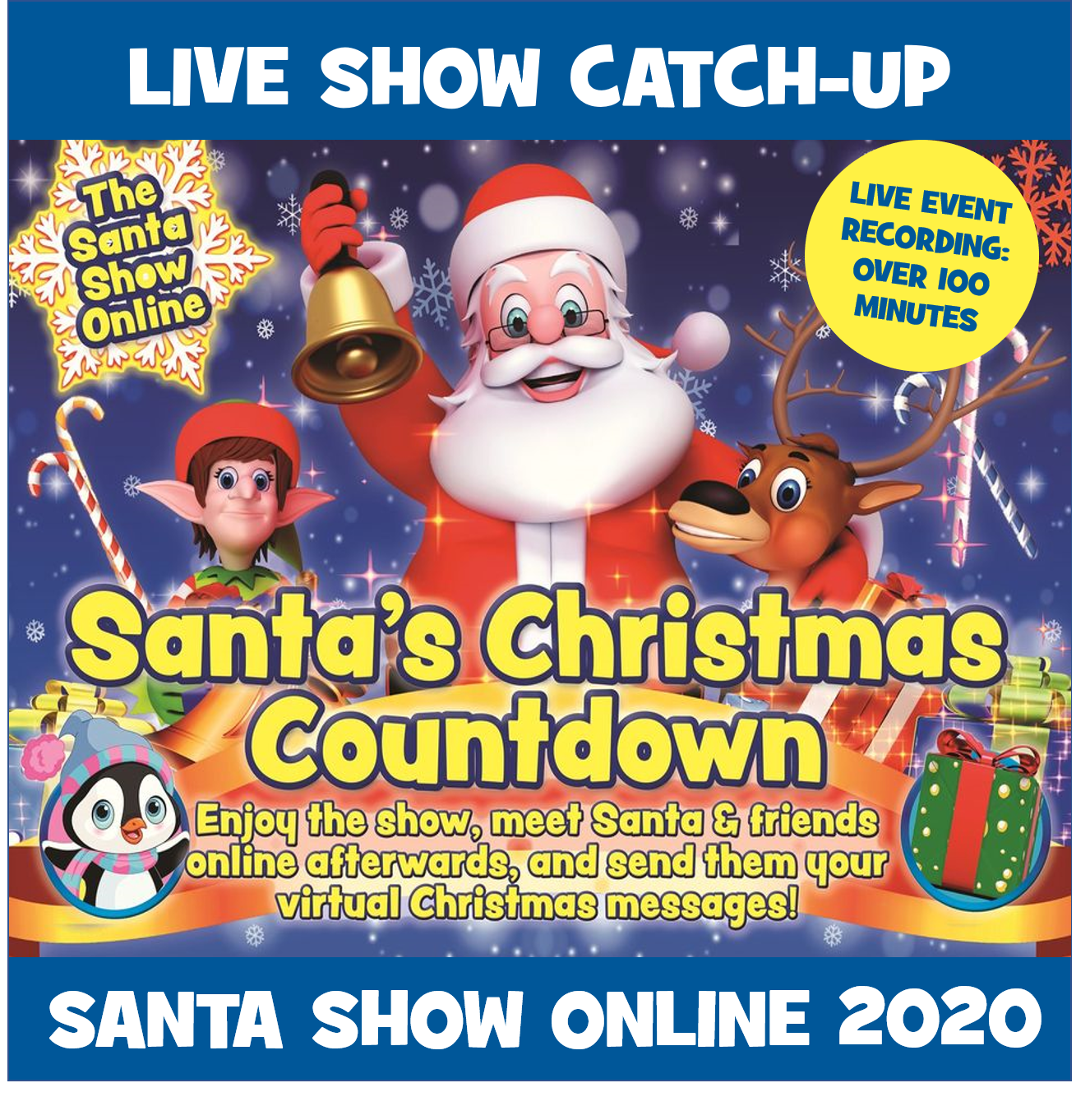 This is a catch-up recording of our 2 hour online show from 20th December. Please note this has been recorded by the Zoom platform as it was originally broadcast live. Thank you to everyone that sent messages during the show for us to read out. Available until 6th January.

For the first time ever, Santa is presenting his hugely popular, sell-out show online and it’s coming to screens across the world via Zoom this December – it’s the most Christmassy Christmas show ever!

“There’s nothing Santa loves more than starting the countdown to Christmas by opening the windows of his giant Christmas calendar. But when he tries to begin the countdown this year, disaster – the calendar is broken and all the magical goodies inside have gone missing!

Santa needs them to get ready for Christmas… but how is he going to get everything back in time?”

Plus, during the show, you can post your messages by pressing the Zoom 'Q&A' button at the bottom of your screen, and photographs on The Santa Shows Facebook page – don’t forget to wear your Christmas jumper for the photographs! Father Christmas & friends will be sharing them after the show – Cosmo the Elf will be LIVE, so anything could happen! (Posting not possible during catch-up recording)

Save this product for later

© Honalee Media
Contact Us
We use cookies to ensure that we give you the best experience on our website. If you continue to use this site we will assume that you are happy with it.OkPrivacy policy